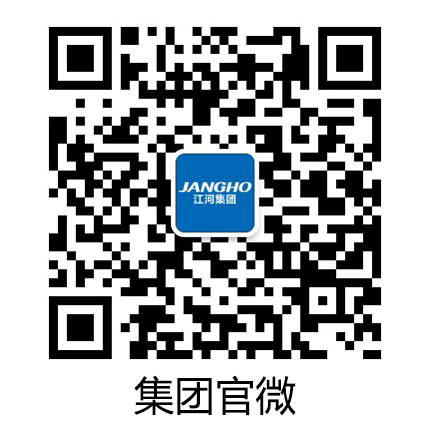 July is one of the hottest months in Beijing. On July 15 2017, Gangyuan Curtain Wall, a subsidiary of Jangho Group, launched its first large-scale team building activity since its establishment two years ago. The activity was aimed at encouraging employees to challenge themselves and unleash their potential on the hot summer day.

Gangyuan Curtain Wall CEO Qiang Jun and all employees participated in the development activity. Before the commencement of the activity, CEO Qiang Jun delivered a speech titled “Form Excellent Team and Unlock Potential”. In his remarks, CEO Qiang Jun shared a story of himself about running marathon when at school, and stressed the importance of teamwork and leader. He also mentioned that the overall quality of team members and efficient coordination between them is the key to winning competition in modern times; and knowledge and skill are tangible capitals, while strong sense of progress, tenacity, efficient communication and coordination are powerful intangible forces. He stated that the purpose of this experiential collective training was to fully unleash the potential of individuals and team, convert knowledge and skill into powerful forces, and strengthen the integration between individuals, between individual and team and between teams to enhance the cohesion and competitiveness of Gangyuan Curtain Wall.
After warm-up, all employees were divided into six teams, and each team came up with a name, slogan, team song and logo. Despite the hot weather, all team members maintained high enthusiasm and competed for the sake of their teams. In the “supersonic speed”contest, all team members defined their respective roles and contributed their wisdom and speed towards the success; in the “challenge 15” contest, team members were selected into different branch contests based on their respective characteristics and strengths, and acted in unity. 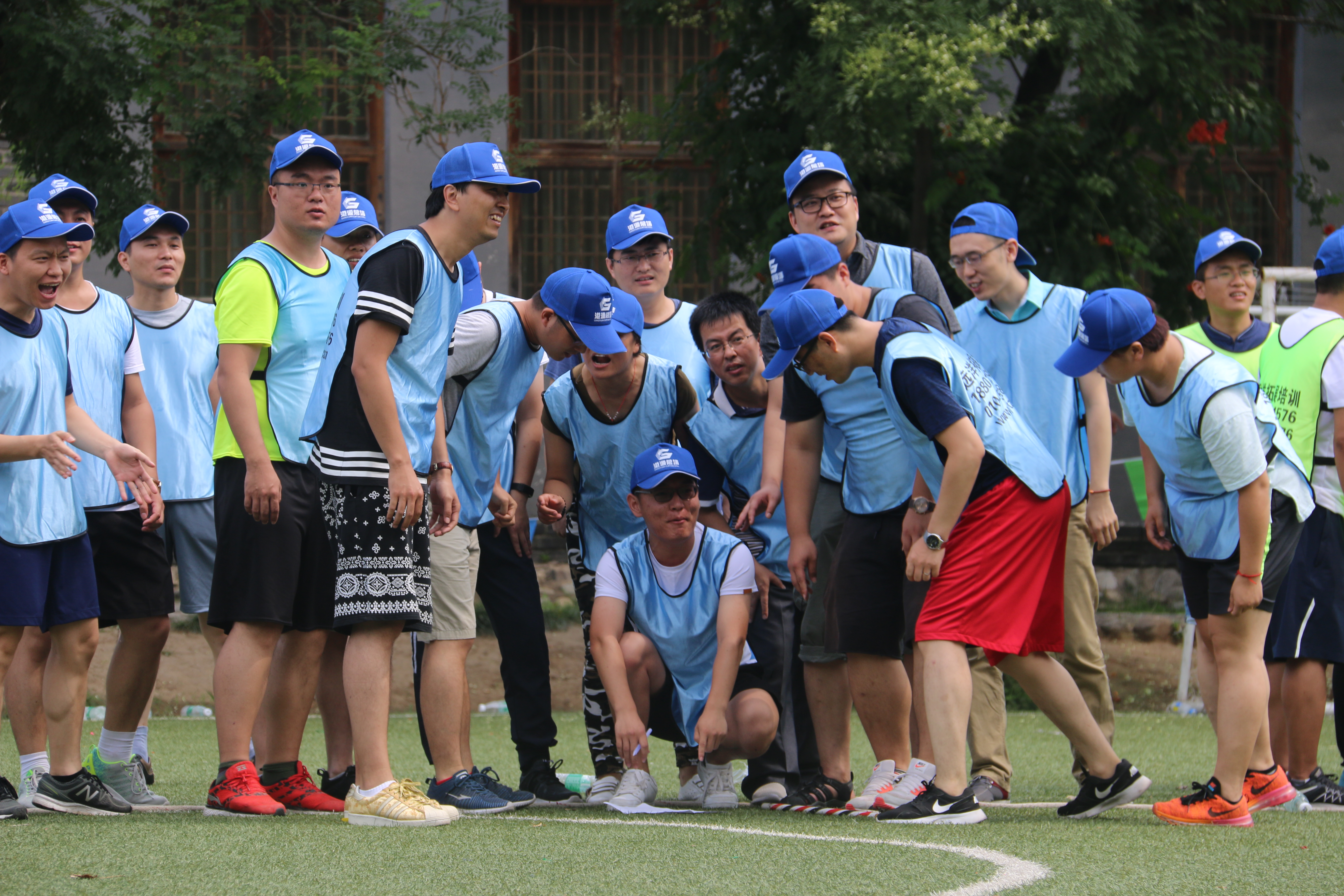 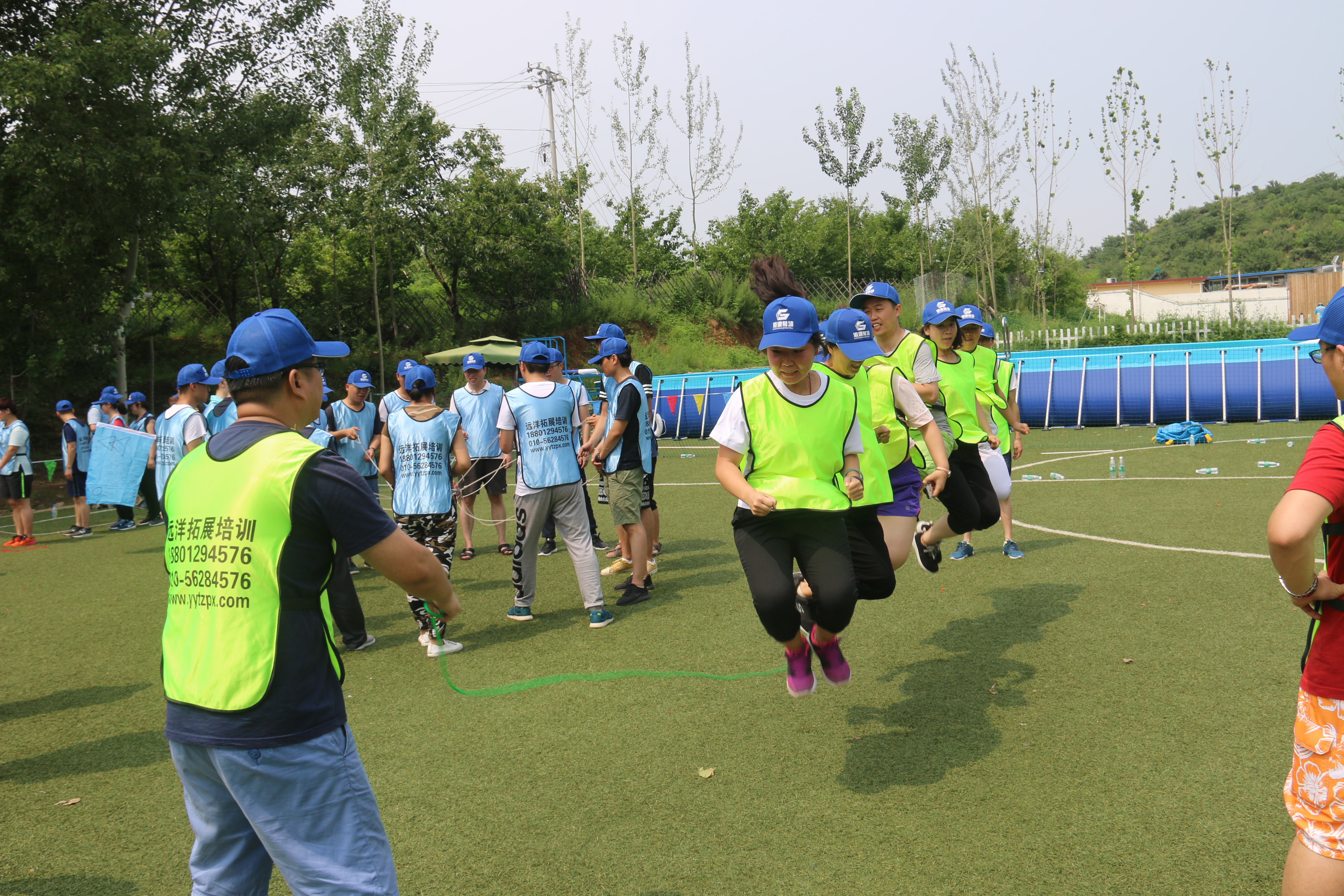 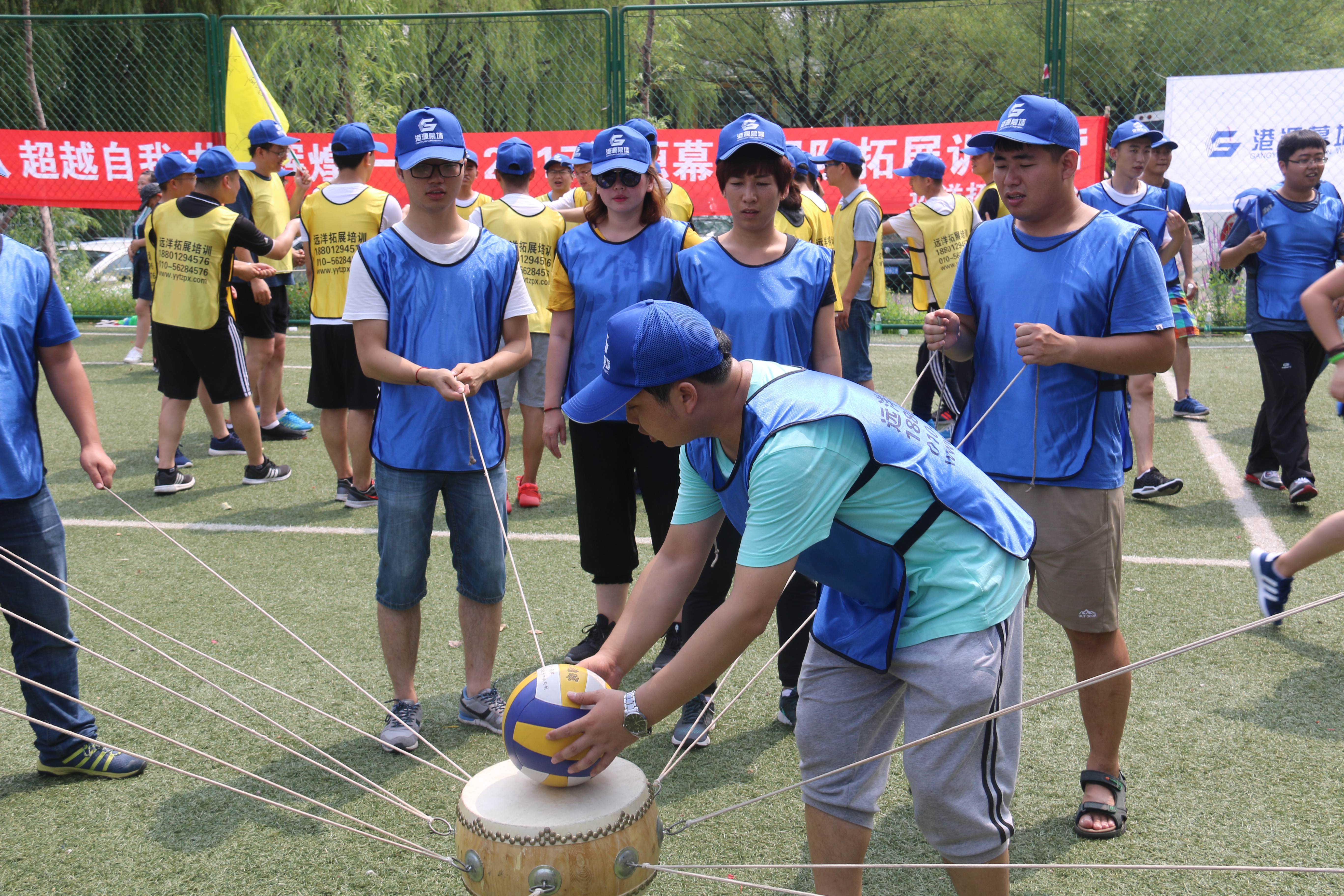 In the final contest of “dynamic magic circle”, all employees met in a circle at equal intervals and pulled back the rope until it was stretched to the maximum extent. And this instantly turned the ordinary rope into a giant magic circle, which not only enabled all employees to stand up and sit down easily at the same, but also could withstand the weight of a person. As a medium of power, the rope illustrates how unity unleashes the full potential of all employees. 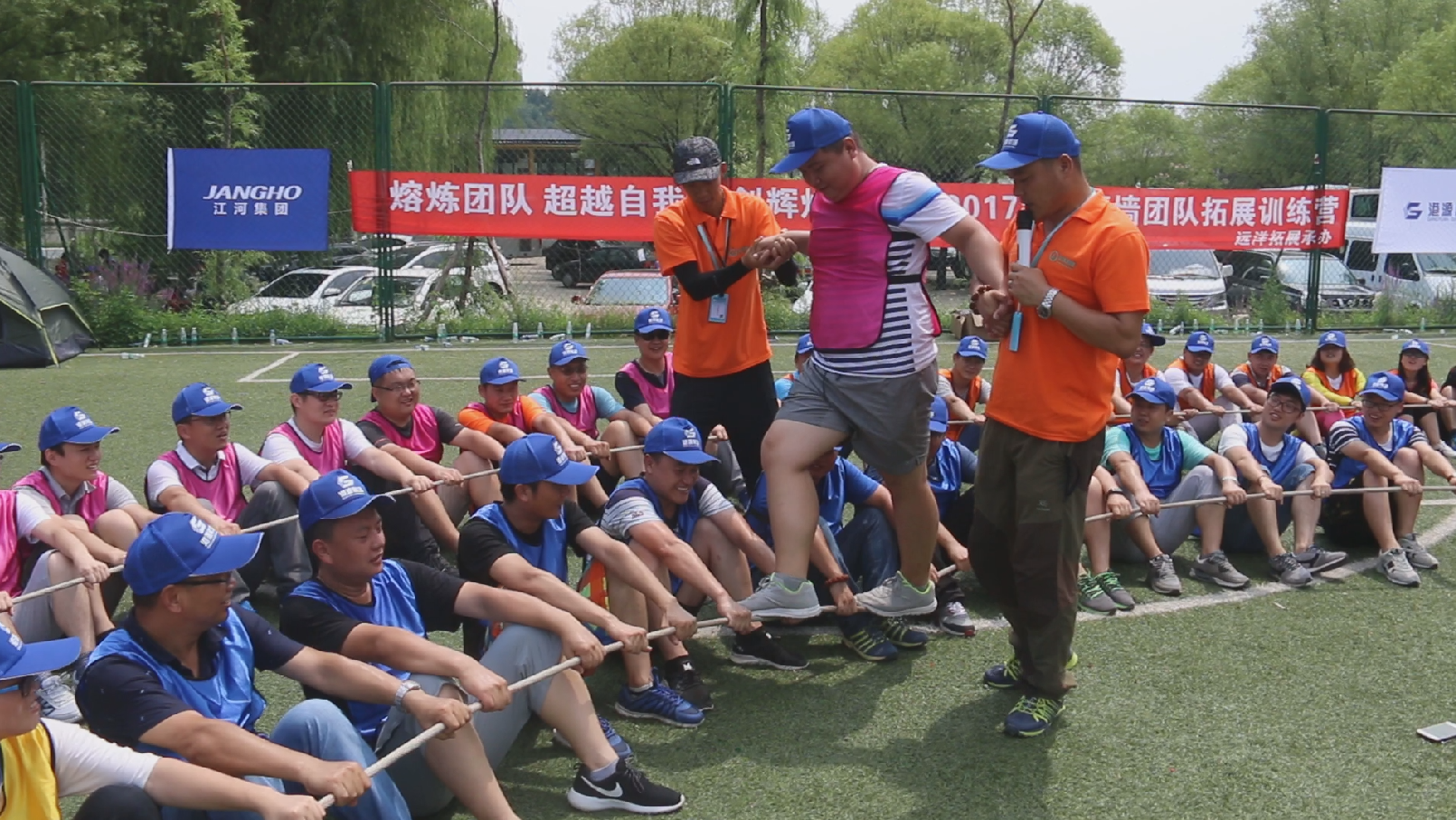 The target was for all employees to shake the rope for 400 times. Under the guidance of a coach, all employees shook the rope. A single person is unable to withstand the weight of the rope. However, with the concerted efforts, all the employees managed to shake it for 900 times, surpassing the target. Breaking through limits requires stamina and persistence. Whenever a member intended to stop shaking the rope, someone in the team shouted an encouraging slogan, and the game was restarted. In such fight against hardships, faith and persistence was proven to be the endless source of power, and individual endurance may be strong enough to encourage the entire team to hold on. The determination to maintain unity not only shows how it generates tremendous momentum, but also demonstrates how it builds an indestructible fortress of spirit. This game taught us that Gangyuan Curtain Wall is a platform which can turn all strengths into multiplied effect. Without the strong power of the entire team, each one of us cannot succeed. A passionate team is much better than numerous individual heroes. With mutual trust, support, shared goal and coordination, we can break through limits and thus help each individual unlock his/her full potential.
On the afternoon of July 15, all employees were transferred to the water skiing field to experience a 3.5km adventurous mountain with valleys, twists and turns, and rushing tides. As a test of bravery, this game requires courage, mental strength and tenacity. On such a hot summer day, this journey of waterborne adventure released the pressure and passion of all employees. More importantly, it brought vigor and ambition to the employees. The experiential training was concluded with the thrilling waterborne challenge. 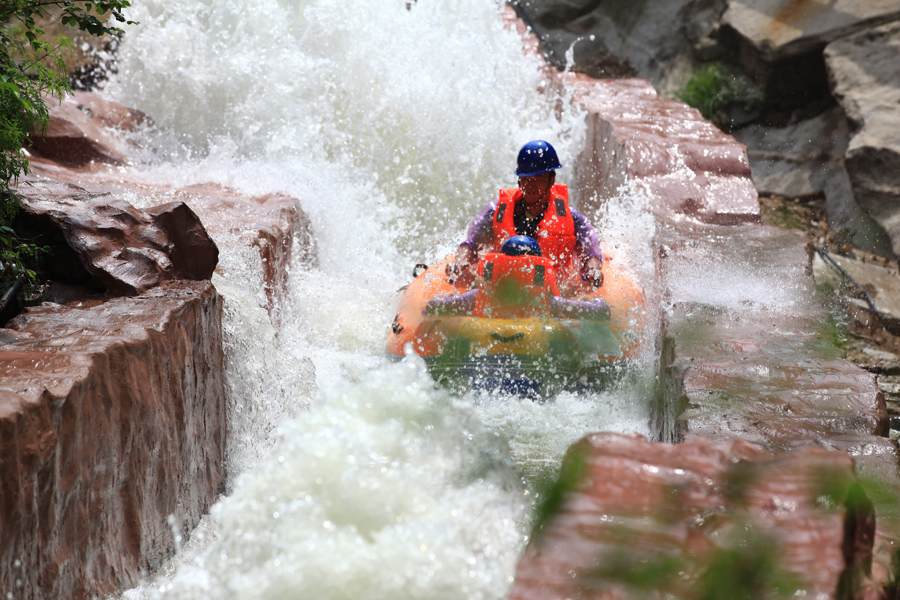 Without discipline and target, a team is destined to fail; the same team, which is disciplined and purposeful, can achieve great success. The experiential collective training was not only about competition, but also provided an opportunity for the entire team to unlock its maximum potential and gain more competitiveness. Through the journey of wisdom, courage, rapport and trust, all members also fully understood how difficult it is to overcome hardship and how exciting it is to win the fight, the remarkable potential of synergy and unity, and the supreme honor of fighting for the team. Only with the shared goal and vision and the commitment to accomplishing it, has Gangyuan Curtain Wall fostered a passion and momentum towards success. As long as Gangyuan Curtain Wall builds on the powerful platform of Jangho Group and stays united, it will build a brighter future for itself, just as morning sun rises amid red flames.